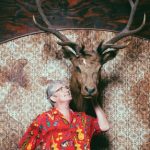 It’s a funny story. Not funny strange, but funny ha ha. At least Mickey McConnell hopes it is.

McConnell spent most of his adult life — or, he jokes, what might pass as “adulting” these days — working in restaurants, particularly in restaurant management. It’s a gig he describes as “not a hard job, but a long job.” The late nights kept him from having much of a social life, and eventually he decided enough was enough. He wanted to spend more time with his songwriter wife Sarah Martin McConnell — founder of the local nonprofit Music for Seniors — whom he married in 2003.

Earlier in his career McConnell took a one-year sabbatical from working at the Hard Rock in Orlando to give it a go as a stand-up comic. “When my year was up, I went back to the restaurant game,” he says. “I never got back onstage, but I do like making people laugh.” Click for article