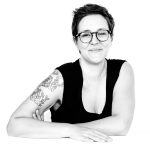 When chef Maneet Chauhan, also of Chopped and Iron Chef fame, was deciding where to open her restaurant, she chose Nashville. That was partially because of Margot McCormack and Deb Paquette, two female chefs and entrepreneurs who raised the culinary bar in Nashville.

“When I came here, it was easy to see who were the trailblazers. It was the women,” Chauhan tells Fortune. “I met [Paquette] on one of my visits and it just firmed up the decision to come to Nashville.” Since 2014, Chauhan has opened four restaurants in Nashville.

“If there were the same number [of female chefs] as there are in Nashville in a larger city, it would still seem like a large number,” Chauhan says. “To have this many in the city, it is tremendous.” Click for article